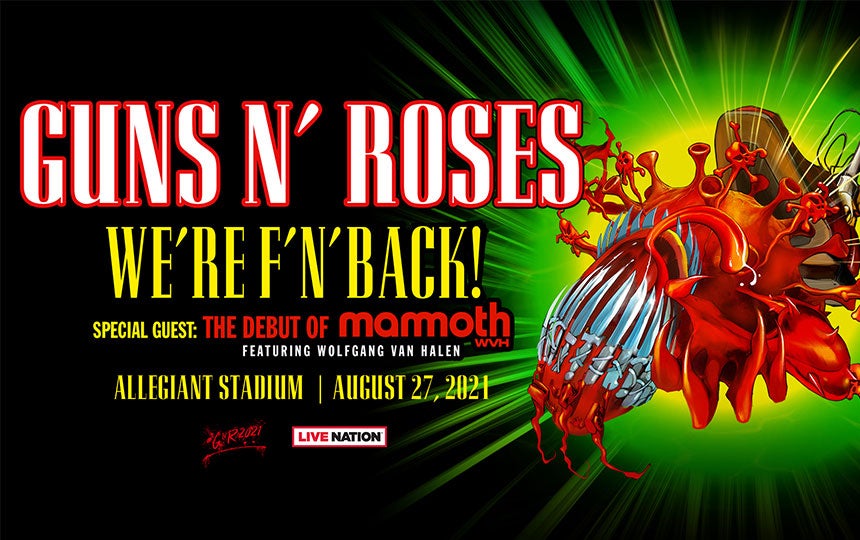 Tickets to the inaugural rock n’ roll event at Allegiant Stadium start at $39.50 and go on sale Saturday, June 12 at 10 a.m. PT

Produced by Live Nation, the massive touring production will kick off on July 31 at the Hersheypark Stadium in Hershey, PA with stops in Detroit, Los Angeles, Dallas, Chicago, and more before wrapping up with two shows in Hollywood, FL at the Hard Rock Live Arena on October 2 and 3.

Wolfgang Van Halen’s Mammoth WVH will make their touring debut on the GNR trek, and will perform songs from their self-titled LP (due June 11) including single “Distance” which has peaked at #1 on six Billboard charts. 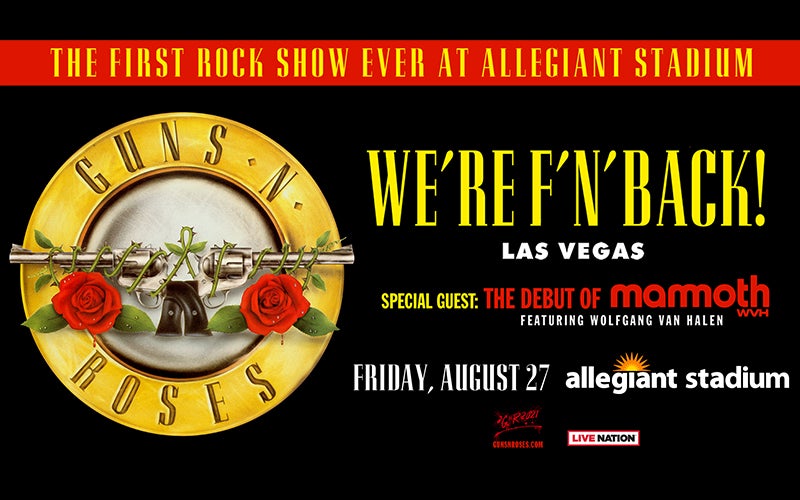