Located adjacent to the world-famous Las Vegas Strip, Allegiant Stadium will be a global events destination, highlighted by the arrival of the NFL's iconic Raiders. Allegiant Stadium will be ideally located for both visitors and locals, fully enclosed and climate-controlled with a capacity of 65,000. The technologically advanced stadium will host world-class entertainment including concerts and sporting events such as the Pac-12 Championship Game and Las Vegas Bowl, as well as become the future home of UNLV Football. The stadium project is expected to generate an economic benefit of $620 million annually while creating 6,000 permanent jobs in Southern Nevada. 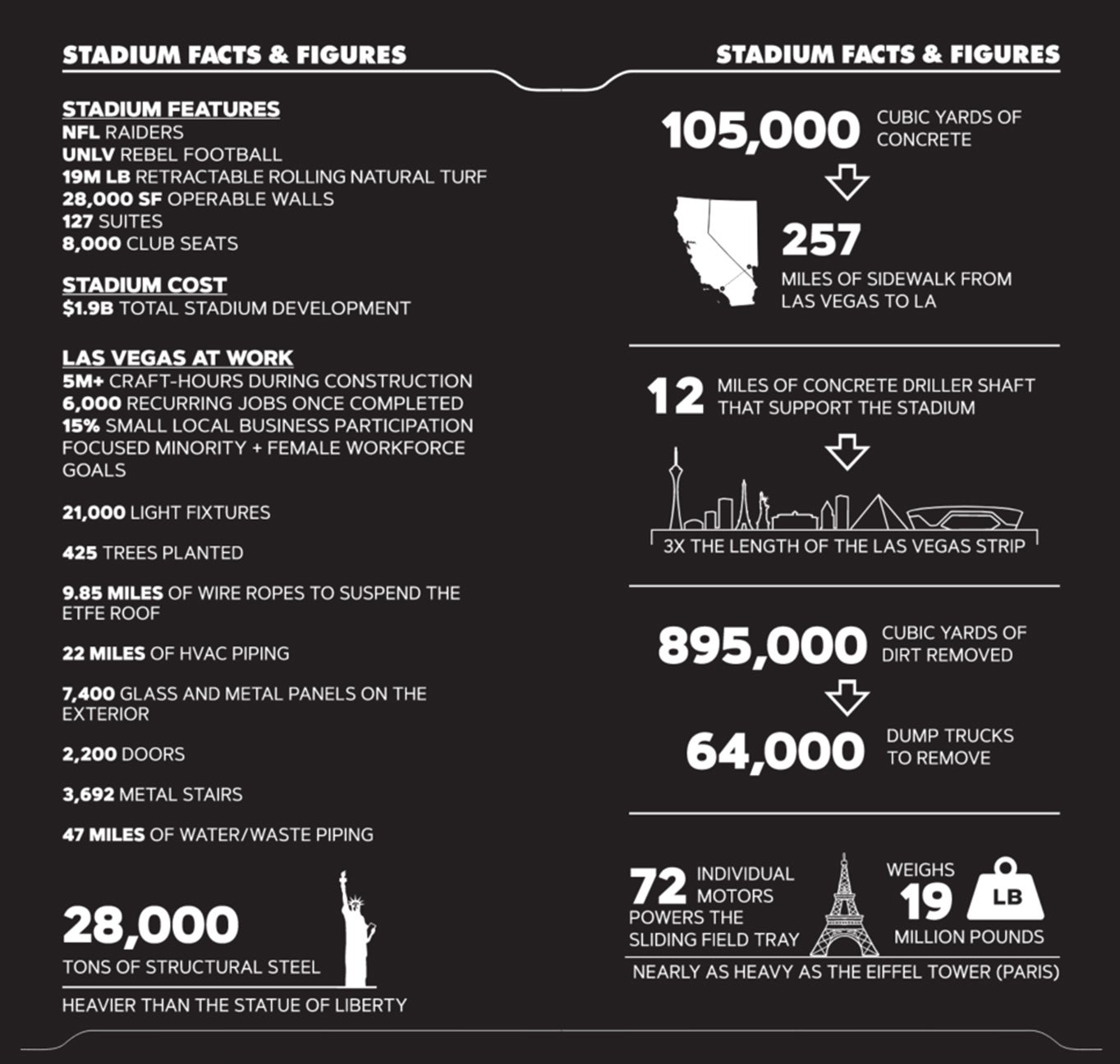