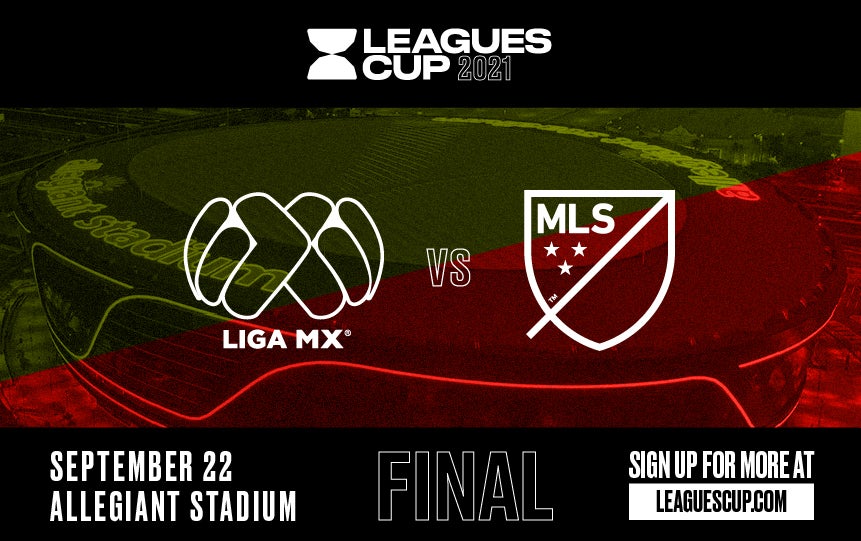 Major League Soccer (MLS) and LIGA MX announced today that Allegiant Stadium – home of the NFL’s Las Vegas Raiders - and Las Vegas have been awarded the 2021 and 2022 Final of Leagues Cup, the official annual single-elimination tournament that features clubs from MLS and Mexico’s top-flight leagues, building on the rivalry between both leagues and offering intense, high-level international competition for clubs and fans alike across North America.

Leagues Cup is part of a larger partnership between MLS and LIGA MX, rooted not only in the on-field rivalry, designed to strengthen the sport in the region, but by a true spirit of collaboration off it, with a focus on sharing best practices and on being a force for positive change in the local communities of both leagues.

In this spirit, today, MLS and LIGA MX also confirmed they will host a community service project in Las Vegas to give back to the local community as part of Leagues Cup Final. Details of the event will be announced at a later date.

“As the partnership between MLS and LIGA MX continues to grow in the coming years and demonstrate what is possible between our two leagues, the passionate soccer market of Las Vegas is the perfect host for the Leagues Cup Final in 2021 and 2022," said MLS Commissioner Don Garber. "The fans of the region have proven their love of the sport throughout the years, including a sellout of the upcoming Concacaf Gold Cup Final.  We look forward to playing Leagues Cup at Allegiant Stadium, an incredible venue that has quickly become a destination for world-class soccer events.”

Mikel Arriola, LIGA MX Executive President, said: “For LIGA MX, Leagues Cup represents a very important step in our internationalization project. Sports competition against MLS and the possibility of reaching our great fans in the United States are a great opportunity for our institution and our Clubs. Additionally, the fact that the city of Las Vegas and its spectacular new stadium are hosting the Grand Final is an extra motivation to fight on the pitch for a chance to be in the championship game and continue making history with a new Leagues Cup title”.

“We’re delighted to welcome the Leagues Cup Final back to the Sports Capital of the World both this year and next year,” said Steve Hill, CEO/president of the Las Vegas Convention and Visitors Authority. “Welcoming an event of this caliber is incredibly exciting for the destination, and we look forward to showing the teams and their fans the Only-in-Vegas experience they’ve come to expect.”

Lance Evans, MGM Resorts' Senior Vice President of Sports, said, “Leagues Cup will be a great addition to the destination's fall sports programming.  As the leader in the hospitality industry, we are focused on creating memorable guest experiences and anticipate a tremendous response from soccer fans from around the world."

The tournament, to be played in its entirety in the U.S., is scheduled to begin August 10 with Quarterfinal matches. The Semifinals are slated for September 14-15, before heading to Las Vegas for the final on September 22. The full Leagues Cup 2021 schedule is below.

Beyond the rivalry, Leagues Cup has taken on an increased focus for both MLS and LIGA MX clubs. Concacaf recently announced that Leagues Cup will have a qualifying slot to the Concacaf Champions League, starting with the new format in 2023, positioning Leagues Cup as an important part of the North American soccer landscape.

Leagues Cup 2021 kicks off five weeks of MLS vs. Liga MX matchups in August and September, including the MLS All-Star Game presented by Target on August 25 and closed out by Campeones Cup the last week of September.

The inaugural Leagues Cup first took place in 2019, in front of large, enthusiastic crowds across the United States, with Cruz Azul defeating Tigres UANL in an all-LIGA MX final at Sam Boyd Stadium.

Leagues Cup, sponsored by BODYARMOR, MGM Resorts International and Procter & Gamble, will be broadcast on Univision and ESPN networks and digital platforms in the United States, TSN and TVA Sports in Canada, and Televisa and TUDN platforms in Mexico. 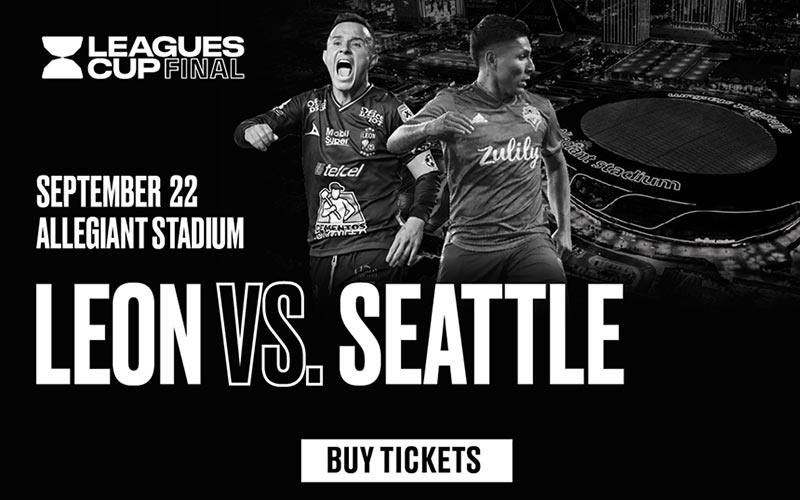 The matchup is set! You're not going to want to miss the clash of North America's biggest leagues this Wednesday night. The 2021 Leagues Cup Final will feature MLS' Seattle Sounders FC against Liga MX's Club Leon.