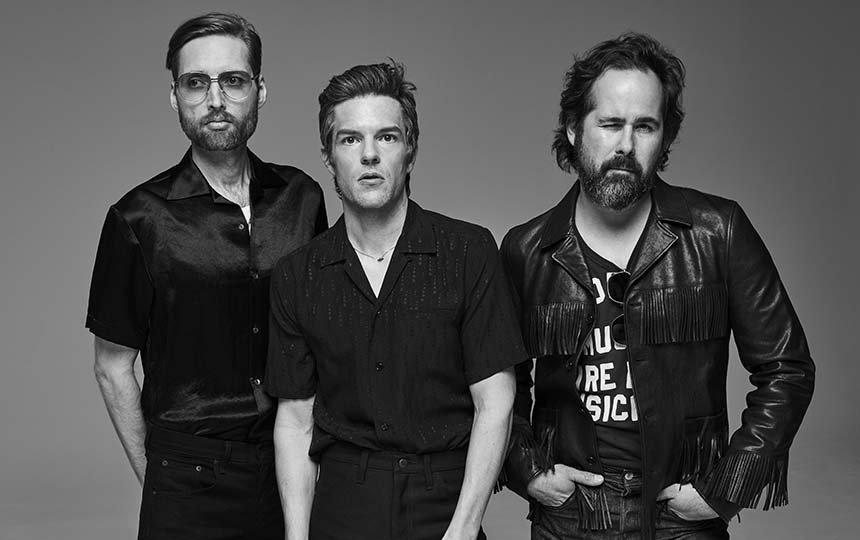 LAS VEGAS – Globally-lauded Vegas natives The Killers will celebrate the Las Vegas Raiders’ inaugural season home opener with an over-the-top halftime performance from the Caesars Palace rooftop on Monday, Sept. 21. Broadcasting on both ESPN and ABC, the band’s Strip-side performance will air during the Las Vegas Raiders’ “Monday Night Football” game against the New Orleans Saints, kicking off at 5:15 p.m. PT at Allegiant Stadium.

“The Raiders really wanted to pay homage to our new hometown so naturally we were ecstatic to partner with an iconic Las Vegas band like The Killers on this once-in-a-lifetime performance,” said Las Vegas Raiders’ President Marc Badain. “While fans can’t be with us in person, we hope this exciting halftime show gives those at home a taste of the exceptional entertainment experience awaiting them at future games and events at Allegiant Stadium.”

Ushering in a new era of sports and entertainment in Las Vegas, this halftime show will not only give millions of fans across the country an “Only in Vegas” entertainment experience but will also become part of Las Vegas Raiders history.

After more than two years and five million hours of labor, this will also be the first game played at the recently completed Allegiant Stadium. The state-of-the-art venue boasts innovative and unique elements including a 19-million-pound retractable rolling natural turf field; 28,000-square-feet of operable walls, opening to spectacular views of the Las Vegas Strip; a seven-acre ETFE roof, the largest in North America; and the Al Davis Memorial Torch, the largest 3D printed assembled structure in the world, which serves as a tribute to his longstanding legacy.

About Allegiant Stadium:
Allegiant Stadium is an unprecedented sports and entertainment venue in Las Vegas. Home to the Las Vegas Raiders, Allegiant Stadium features 65,000-seats, a retractable natural turf field, large operable walls that open to spectacular views of the neighboring Las Vegas Strip, and a variety of premium spaces throughout all levels. The state-of-the-art stadium re-imagines the fan experience and will host a variety of year-round sporting and non-sporting events including performances by world renowned artists, the Pac-12 Championship Game, Las Vegas Bowl and much more.

The Autumn Wind is officially blowing through the desert.

Get hyped for our first season in Las Vegas with our official 2020 gameday kickoff playlist full of songs chosen by Coach Gruden and our players and headlined by Las Vegas' own The Killers.