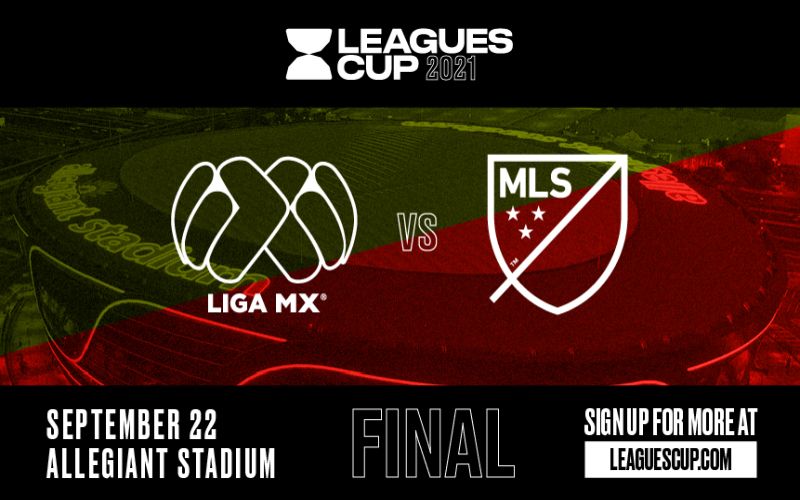 Leagues Cup Final at Allegiant Stadium on sale this Friday

Leagues Cup Final at Allegiant Stadium on sale this Friday

Major League Soccer (MLS) and LIGA MX announced that tickets to the Leagues Cup Final on September 22 at Allegiant Stadium in Las Vegas are available to the general public starting tomorrow Friday, July 23 at 10:00 AM PT via Ticketmaster.com.

Leagues Cup, the official annual single-elimination tournament that features clubs from MLS and Mexico’s top-flight leagues, building on the rivalry between both leagues and offering intense, high-level international competition for clubs and fans alike across North America.

The tournament, to be played in its entirety in the U.S., is scheduled to begin August 10 with Quarterfinal matches. The Semifinals are slated for September 14-15, before heading to Las Vegas for the final on September 22. The full Leagues Cup 2021 schedule is below.

Leagues Cup, sponsored by BODYARMOR, MGM Resorts International and Procter & Gamble, will be broadcast on Univision and ESPN networks and digital platforms in the United States, TSN and TVA Sports in Canada, and Televisa and TUDN platforms in Mexico.