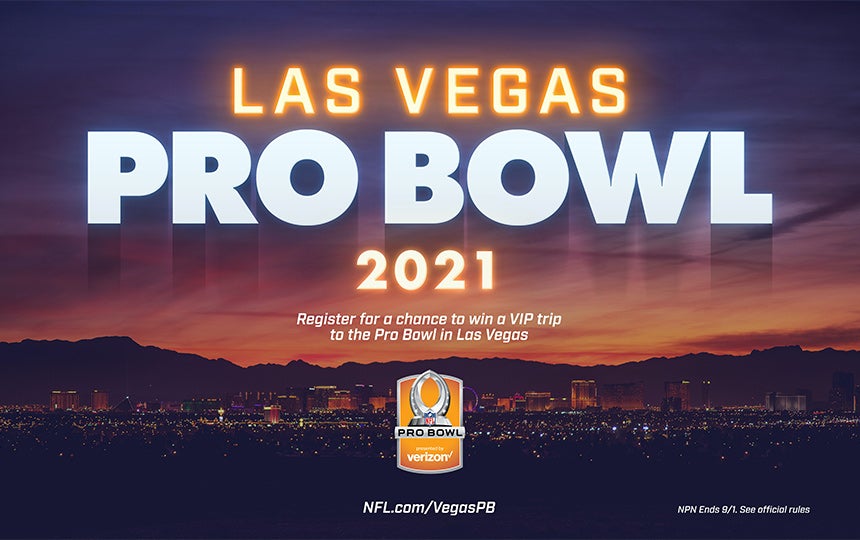 The Pro Bowl is coming to Allegiant Stadium in 2021

The Pro Bowl is coming to Allegiant Stadium in 2021

For 30 years, the Pro Bowl called Aloha Stadium in Halawa, Hawaii, home (1980-2009), but since its inception in 1939, the event has taken place in Los Angeles, Miami, Orlando, and a handful of other locations; however, Las Vegas is about to become the new hub for all NFL events.

Tuesday, the NFL announced The Entertainment Capital of the World will host the 2021 Pro Bowl at Allegiant Stadium, the first year it’s open to the public. The star-studded event will be in the spotlight one week prior to the Super Bowl, per usual, on Sunday, January 31, 2021. In the event you're unable to attend the week-long festivities, the game will be aired on ESPN, ABC, and ESPN Deportes.

“The Raiders welcome the NFL Pro Bowl to Allegiant Stadium and to Las Vegas, the Sports and Entertainment Capital of the World,” said Raiders President Marc Badain. “Pro Bowl week is a celebration of the best the NFL has to offer and there is no better place than Las Vegas to celebrate and honor the league’s biggest stars. The NFL, the LVCVA and the Raiders look forward to a world class event that will set the standard for future NFL events in Las Vegas.”

For 80 years, the top players in the league have been selected to participate in the all-star game. Fans from all across the globe have traveled to Hawaii and Florida to watch elite players compete at the highest level.

Las Vegas is known for putting on elaborate performances with some of the biggest stars in show business, but the Pro Bowl presents a new opportunity for the league and the city to dazzle spectators. Previous locations have done a fine job of keeping guests and fans entertained, but Las Vegas is in a league of its own. Leading up to the event, fans can enjoy myriad festivities located throughout the city and participate in numerous activities.

Caesars Entertainment, the NFL’s Official Casino Sponsor, will use its casino properties for fan experiences during 2021 Pro Bowl. Various activities in Las Vegas include the NFL FLAG Championship games, AFC and NFC team practices and for the fifth consecutive year, Pro Bowl Skills Showdown, where the NFL’s biggest stars from each conference compete in unique tests of their skills.

Originally, the 2020 NFL Draft was set to take place in Las Vegas, but the COVID-19 pandemic threw a wrench in that plan; however, the city will host the event in 2022, one year after it hosts the Pro Bowl.

If you’d like to register for more information regarding the 2021 Pro Bowl, including exclusive pre-sale opportunities, you can do so, here.